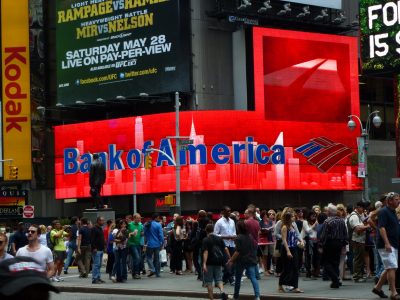 This walking tour starts at Empire State Building on 5th avenue / 34th Street, continuing up to Bryant Park and on to Times Square. Then back to 34th street and ends at Macy’s Department Store after a detour to my absolute favorite breakfast restaurant. The tour is approx. 3 km and along the route, there is a lot to see.

Click on the map to fransfer to Google Maps.

The Empire State Building is located on the corner of 5th Avenue and 34th Street in Midtown Manhattan.
This famous skyscraper is described in more detail in my blog post Walking Tour Midtown Manhattan, Tour 1.

On the ground floor there is the restaurant “Heartland Brewery”, where fine beer and food can be obtained in ample quantities.

My favorite beer is the Dark Farmer John’s Oatmeal Stout, which is awesome if you’re into dark beer. Of food, I can recommend their burgers and honey / lemon marinated chicken with mashed potatoes.

Be aware that in the United States, you have to order”sides”if you ex. want salad. Sides are usually not included in the main course.

One of the first times I was in New York, I did not realize this and just ordered a chicken and I got it. Half a chicken and absolutely nothing else on the plate – LOL.

When we talk about restaurants, remember to tip between 15 and 20%. Take the tax amount on the bill and run the amount by 2, then you have the tip.

If you are not too plastered of all that delicious beer, then turn left onto 34 th street and walk up 6 avenue. The next crossing.

Walk on the right side of the avenue. Just after West 35th street, you will find another of my favorites, namely Pax Wholefoods.

It’s a Deli where they have a nice lunch buffet.You mix and pay by weight.

There is seating upstairs and they have toilets, which is a shortage in New York City.

On the next corner of 6th avenue and west 36th  street is the Red Rocket Tattoo.

It is one of my favorite tattoo shops in the city. Here I got four of my tattoos. They are super professional.
Remember to book time in advance. You cannot, like in the good old days, just walk into the shop plastered and get tattooed: “I love mom”. – LOL.

They are highly recommended. The most recent tattoo of mine from May 2017 of Brooklyn Bridge was made by another great tattoo shop,Brooklyn Tattoo on Smith’s Street in Brooklyn.

If you have become a little long-haired and forgot to get a haircut back home, help is close.

Walk a little further up 6th  avenue until you reach Epic Barbershop. (Sorry Ladies – Men only)

I have been here several times and they have good service at extremely reasonable prices, but be careful just to say, “I need it short”, as I did in 2016. I ended up being almost bald – LOL.

Well I should go to Grand Canyon’s warm temperatures, so that was okay after all.

Further, up to 6th  avenue you will encounter Bryant Park, which is a beautiful breathtaking green retreat.

Bryant Park is located next to the New York Public Library.
When the weather is good, people and tanning and relaxing on the lawn.

In the autumn, the New York Fashion Week is held here.

From the northwest end of the park, you have a magnificent view of the Empire State Building.

Continue to walk west on 42nd street. At the intersection of 6th avenue and 42nd street is the Bank of America’s new tower situated. “One Bryant Park.”

The building opened in 2009 and is not open to the public, but impressive it is all right.

It is one of the first buildings in New York City, which is 100% eco-friendly with a daylight saving system as well as recycling of rainwater etc.

At the end of the block, West 42nd street crosses Broadway and you have entered Times Square.

The world-famous neighborhood, which is the center of New Year’s Eve in the city and where the New Year is entered at 12 pm when the big glass ball is “dropped”.
Times Square has the center where Broadway crosses 7th avenue. Times Square is also called “Crossroads of the World”.
Times Square is a tourist magnet and here are always a myriad of people and various artists who try to earn a day’s pay.
One of the more famous artists is “The Naked Cowboy”, who is always wearing short pants and plays guitar. Rain or shine.
Times Square is full of famous neon commercials and it is mandatory that all buildings have a neon sign, incl. the police station, located centrally in the middle of Times Square.
Times Square was named after the New York Times. The famous newspaper that opened their headquarters here in 1904. Later they moved into a new complex in one of the side streets.
Times Square has not always been as glamorous as today. Previously, it was the center for prostitution and drug trafficking, but in the mid-1990s, the Mayor Rudy Giuliani cleared up the city and modernized Times Square to what it is today.
It is also Giuliani’s profit that New York is as safe a city as it is today.
Like the new sheriff in the city, he launched a fight against crime when he became mayor in 1994. He was mayor when the terrorist attack on September 11 took place. He resigned on December 31, 2001 and left the position to Michael Bloomberg, who was mayor for the next 12 years over 3 periods.
There are some articles on the internet that say that you have to avoid Times Square, as it is a tourist trap, but I think you should of course visit this famous place, both during the day but also in the evening, where the neon signs are impressive. Times Square is also called the theatre district and this is where the famous Broadway musicals and shows are taken place. My favorite musical is The Phantom of the Opera, performed at the Majestic Theatre 30 years in a row. So far, 12,500 performances have been recorded and it is the longest running show in Broadway’s history. I’ve seen the musical 6 times and I am totally crazy about that musical. The music of Andrew Lloyd Webber is completely enchanting and the scenery at the theater is breathtaking.
During the break on my fifth performance, I decided that I would have the Phantom mask tattooed on my left shoulder. So don’t come and say I’m not crazy about the show – LOL.
Some say I’m just crazy, but that’s a total different story – LOL.
Another attraction I love at Times Square is Madame Tussauds.
The famous wax cabinet / museum) It is located on West 41st Street and is definitely worth a visit. It’s quite fun and educational at the same time and you can get a good selfie together with a celebrity.
Times Square is probably the touristiest area in the western world and although it seems a little unnatural, I think of course you should visit.
It’s very fascinating to discover the neighborhood in the evening or sit and have a drink in daytime.
In recent years, the city has invested heavily in renovating the area.
Continue the walk on West 41st Street and turn left at 8th avenue. On this corner, the Port Authority Bus Terminal is situated. This is New York’s central bus terminal.
Across the avenue, on the opposite side of the terminal is the current headquarters of the New York Times newspaper.The paper that Times Square is named after.
Enjoy the walk here on 8 avenue and walk towards 34th street, where one of my favorite hotels are located.
The New Yorker hotel. The hotel opened in 1929 in the same Art Deco style as the Empire State Building.
Jewel of the Jazz Age
Built at the height of the Jazz Age during the city’s construction boom, The New Yorker Hotel has Welcomed generation of luminaries to Midtown -from Nikola Tesla and John F. Kennedy to Muhammad Ali and Joan Crawford.
When we opened our doors in 1929, it was the city’s largest hotel, offering 2,500 rooms, 10 private dining salons, and one of the world’s largest barbershops. Even more impressive was the staffing, which included 150 laundry workers, 35 chefs, and 95 switchboard operators.
A private power plant-the nation’s largest, in fact – supplied electricity throughout the hotel from its location in the sub-basement. The Big Band Era ushered in the New Yorker Hotel’s heyday.
Actors, celebrities, athletes, politicians, and even mobsters frequented the hotel to eat, drink, and listen to performances by Benny Goodman and Tommy Dorsey. Even as the Great Depression unfolded, the hotel became a gilded sanctuary where guests could forget about their troubles for a short while. The Brooklyn Dodgers stayed with us during the 1941 World Series, as did Joe DiMaggio when his Yankees were playing in town. After a less prosperous era in the 1950s and ‘60s, the hotel was forced to closed its doors in 1972.
A citywide economic reawakening in 1994 resulted in a complete refurbishment of the hotel and by 2000, more than 1,000 rooms were brought online in grand Art Deco style. With our famous Tick Tock Diner, fabulous amenities, and unbelievable location, The New Yorker remains as a true New York institution.
Source: The New Yorker Hotel)

The hotel is located on the corner of 8th avenue and 34th street. Pretty central in Midtown.
On the other corner is Pennsylvania train station and Madison Square Garden.
Walk east on west 35 street towards 7th avenue.
On West 35 Street is the headquarters of Ali Forney Center, as I have mentioned in my Blog Post New York Pride 2016.
At the corner of 7th avenue and West 35th street, you will find Andrews Coffee Shop, which is my absolute favorite breakfast restaurant.
I’ve been here countless times, even though I have not lived in Midtown every time.
All roads lead to Andrews – LOL.

I’ve recorded it on the phone just like Kevin Mccallister in “Home alone in New York” –LOL.

Macy’s Department Store occupies the whole block between 7th and 8th avenue and 34th and 35th street. It is big! As mentioned, it occupies a whole block and has 11 floors.
The building dates back to 1902 and was installed with the world’s first escalators, which was made of wood.They are still in operation today.

This is the traditional department store where you can buy almost everything.
Macy’s is also famous for a variety of recurring annual events, such as Macy’s flower show, Macy’s July 4th fireworks and Macy’s Thanksgiving parade, where People parade with these mega big air balloons designed like cartoons etc.
It is the end of the tour, but the area around 34th street has so much to offer, so keep walking and explore! 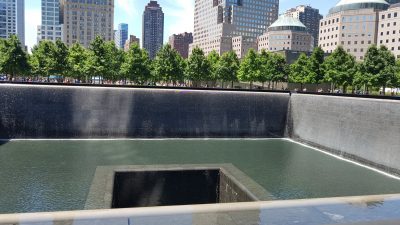 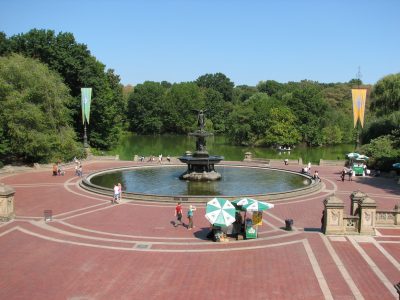 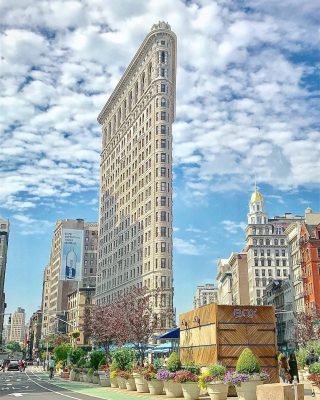